5 from 2 votes
Jump to Recipe 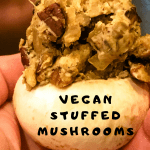 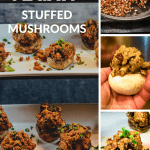 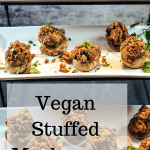 These vegan stuffed mushrooms are an elegant tasty edition for your special event or holiday dinner. They are made with vegan meat such as Gimme Lean Sausage or Beyond, pecans, vegan cream cheese, and seasonings. 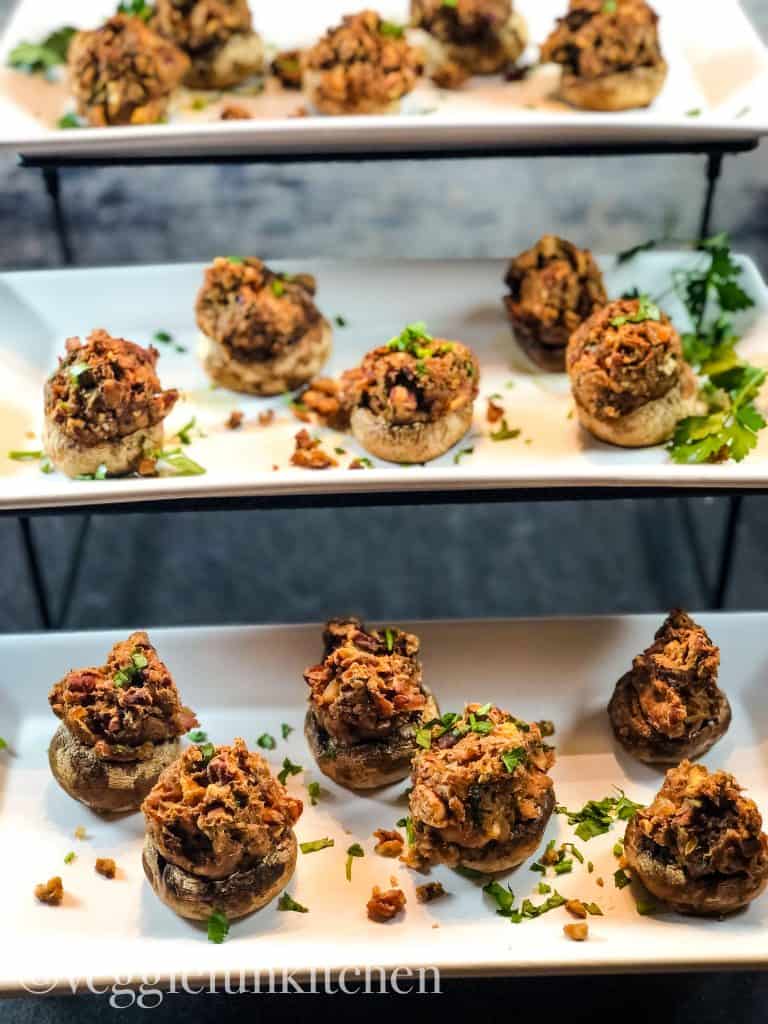 Stuffed mushrooms are such a fancy tasty touch to any party! Serve these and nobody will even ask if they are vegan – and there is really no need to mention it. (You do, however, need to mention that they contain nuts!)

Looking for other party food? Try my cranberry bliss bars. (Yes, they are seasonal but can be enjoyed at any time of the year!)  Slather nachos in my chili cheese sauce, or make a dip with veggie and my jalapeno ranch!

To make these vegan stuffed mushrooms you will need:

Tips and Tricks for making the perfect Vegan Stuffed Mushrooms:

Please read through the tips and tricks section so that your stuffed mushrooms will turn out as fabulous as mine! 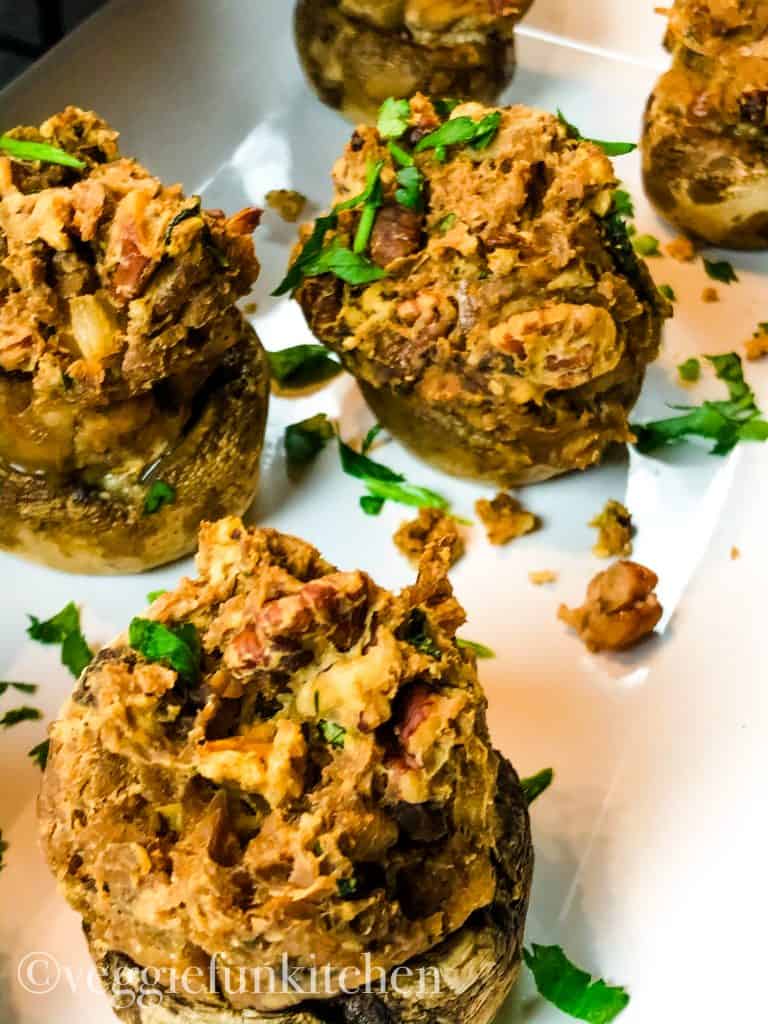 The next step is to pop the stems out. You should be able to just gently wiggle them out like a very loose tooth. I do sometimes need to use a knife to assist though. When the stems have popped out, the mushroom will have a nice little indent for the stuffing. 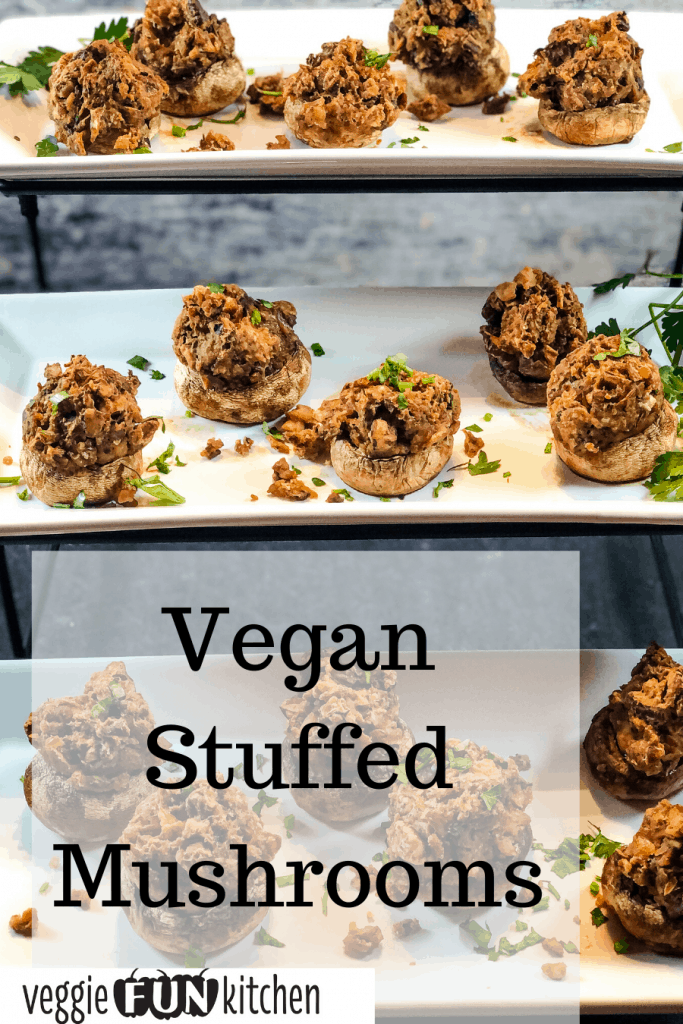 The recipe for Vegan Stuffed Mushrooms: 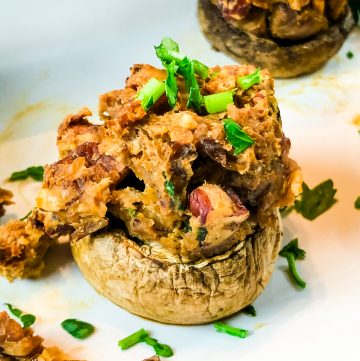 I used vegan sausage - Lightlife Gimme Lean Vegan Sausage. It is already flavored. If the vegan meat you use is not flavored, you might need to add in extra seasonings. Taste after cooking and add more if desired.  Because the vegan sausage and cream cheese you use might be different than mine, the nutritional information will likely be different and is only a rough estimate.