5 from 4 votes
Jump to Recipe 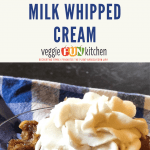 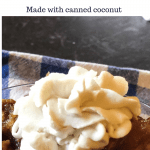 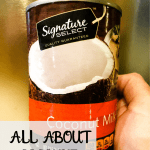 Coconut Milk Whipped Topping (Vegan),  is made with canned coconut milk, a little powdered sugar, and vanilla. This coconut whipped cream recipe is dairy-free is best made the cream from with full-fat coconut milk. We will explore the various outcomes when made with lite coconut milk, as well as from a can of room temperate coconut milk. 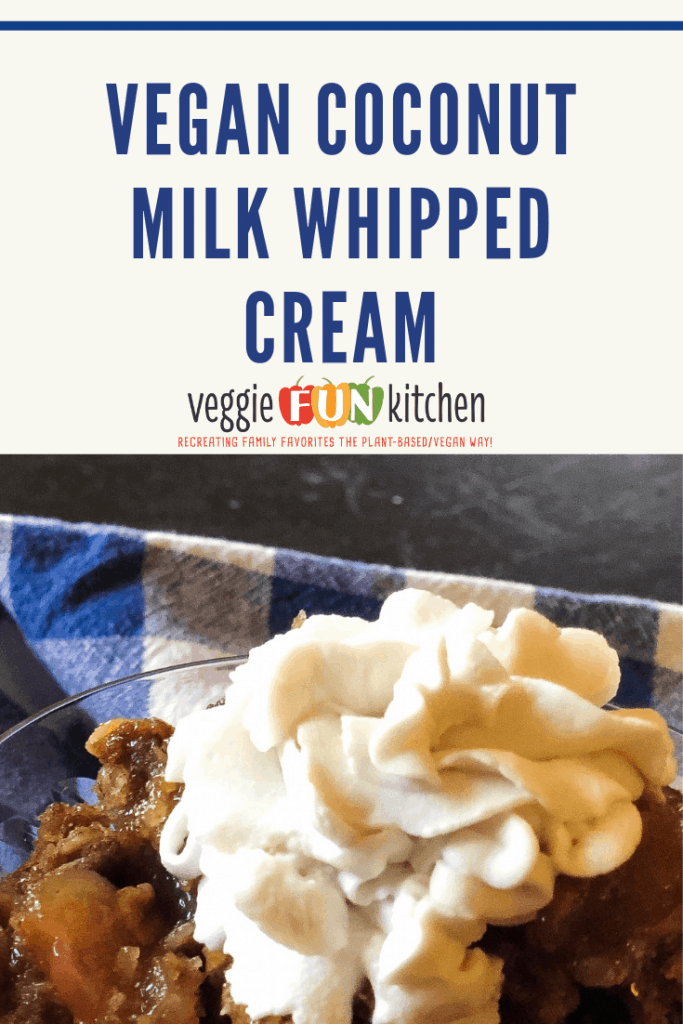 So many vegan or plant-based products are becoming available in the supermarkets. I can almost always find what I need, even in my small-town grocery store. One exception though is vegan whipped topping. I’ve requested it multiple times and they are just not willing to carry it yet. Luckily, there is an easy make-at-home option if you have a can of coconut milk!

There are many recipes for coconut milk whipped topping that can be found with a simple google search. They all will tell you to use full-fat and very cold canned coconut milk.

I decided to do a little experimenting and find out what would happen if I used a can at room temperature and if I used lite coconut milk. Read on to learn what happened with the Great Coconut Milk Whipped Topping Experiment.

Do you have to use regular (full-fat) coconut milk to make whipped topping?

Every recipe I’ve used has called for the regular or full-fat coconut milk. Which begs the question: why? Can you use canned lite coconut milk to make coconut milk whipped topping?

This little experiment was actually inspired by a friend of mine who was so excited to have discovered coconut milk whipped topping that she had to text me right away. Of course, not to be outdone, I gave it a try myself. Only my whipped topping didn’t look quite the same as hers did. Mine was nice and fluffy and formed stiff peaks, while hers was….a little bit flat and runny. When I inquired further, I found out that she made hers from lite coconut milk, while I had used the full-fat version. Could there really be that much of a difference? And why?

So, I experimented. The first clue is when you open the can. This is the refrigerated full-fat can. Can you see the solid coconut fat on top?

And THIS photo is the lite (low fat) version, also refrigerated. See the difference? Very liquidy.

Well, just like with dairy whipped topping, we need a high-fat content to trap the air and make an emulsion. This article from thekitchen.com explains it beautifully. Quoting from the article

“Technically this is an emulsion – air suspended in liquid and held stable by fat – and is also why you need cream with a relatively high fat content (at least 30%) in order to whip cream. The less fat, the more those globules are stretched thin and the harder it becomes to make a stable emulsion.”

So just what does the whipped topping look like when made from lite coconut milk?

Yes, this is after being fully whipped. To be fair, my friend tells me hers had a little more substance and fluff – but not much. She also used a different brand than I did and that might have had a little bit higher fat content.

But isn’t there a difference in calories and fat in the can of lite coconut milk? You better believe it! Look here:

So the take-away here is that if you are willing to put up with more calories and fat, use a regular full-fat can of coconut milk to get the best results.

Does the can of coconut milk need to be refrigerated to make whipped topping?

Time for another experiment! I opened a can of room temperature full-fat coconut milk and this is what it looked like. (Remember the photo of the full-fat refrigerated can of coconut milk above?)

Notice that while the fat at the top is solid, it’s not quite as solid as it is in the refrigerated can. I carefully spooned the fat out of the top and followed the recipe to see what I would get. Here is the result from  using the full-fat room temperature can:

This is definitely more fluffy than the result from the can of lite coconut milk, yet not even close to the refrigerated full-fat can: 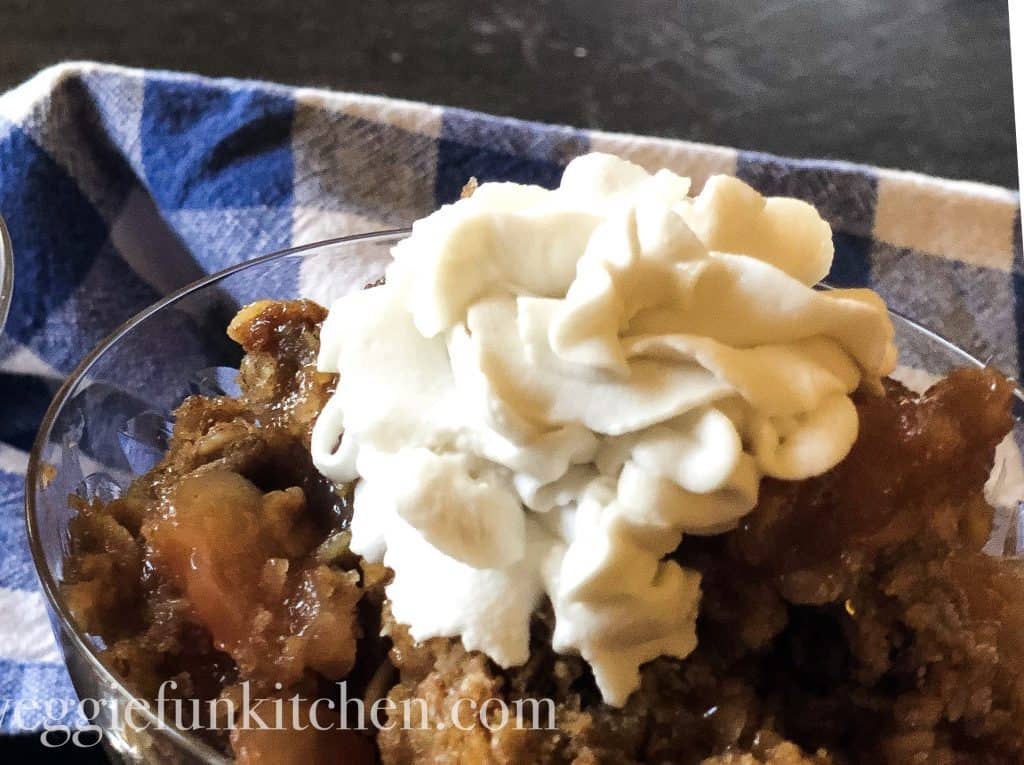 Why is this? Why does the can of coconut milk need to be fully refrigerated? Let’s look again at regular dairy whipped cream. I do remember from my prior non-vegan days that the recipes always called for very cold cream, as well as cold bowls and beaters.

This very useful article from cooksillustrated.com explains it well – quoted from the article:

“Whipping cream introduces air bubbles. When the cream is cold, these bubbles are held in place by a network of tiny globules of solid fat, which allow the cream to eventually expand into a light, airy mass. At warmer temperatures, that fat starts to soften and the globules collapse, so the cream can’t whip up as fully…”

I have another theory as well but can’t yet find a way to prove it. When the can of coconut milk is refrigerated, the fat at the top is solid and it’s easy to spoon out the fat without including any of the (non-fat) coconut water. After spooning the solid fat from the top, you can see some very solid chunks of fat mixed in with the water. You just leave these alone in the can and don’t use them.

With the room temperature can of coconut milk, the fat is not as solid and so is more difficult to separate from the coconut water.

My theory is that when the can is room temperature, it’s easy to accidentally get some of the (non-fat) coconut water in with the more solid fat. As we’ve already learned with the can of lite coconut milk, a higher fat percentage yields a nice stiff peaked whipped topping.

What is that yummy looking apple cake recipe pictured with the whipped topping?

Glad you asked! This delicious looking dessert is one of my go-to favorite recipes when I need something that requires no effort and promises tasty results. Try my Apple Spice Cake made in the slow cooker. It’s quick, easy, vegan, and one everybody loves!

Tips and Tricks for Making Whipped Topping From a Can of Coconut Milk: 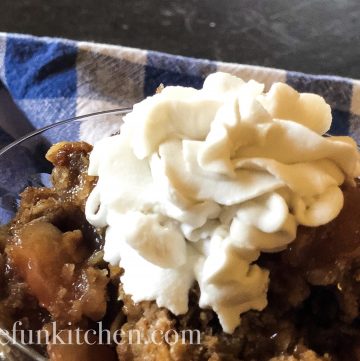 There are many recipes on the internet for canned coconut whipped topping. I've used several. They are all similar. This is simply my version. 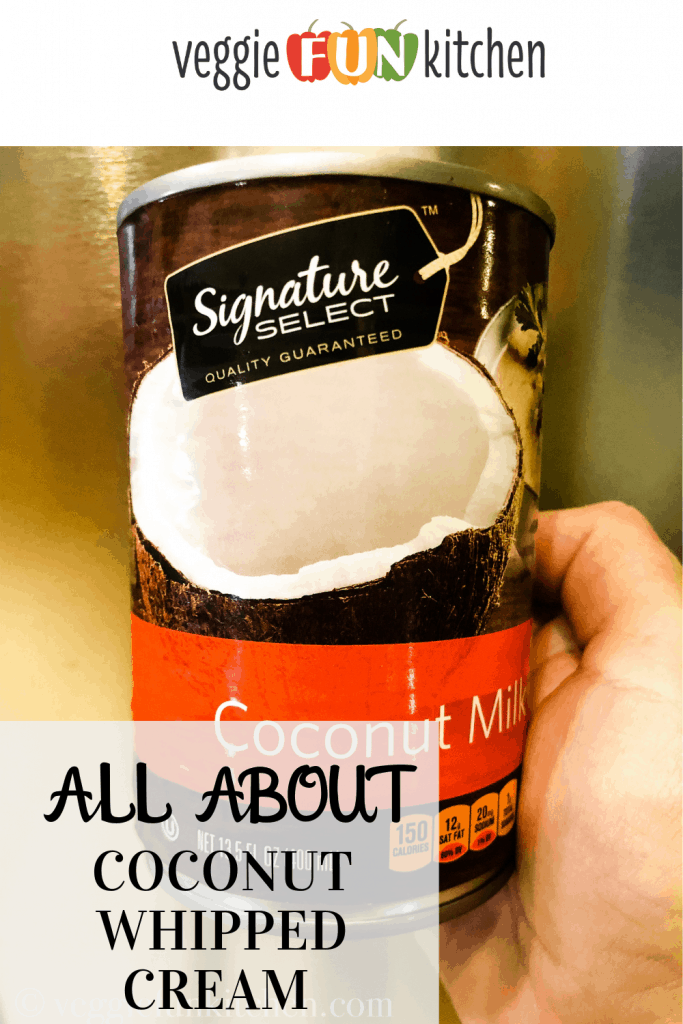 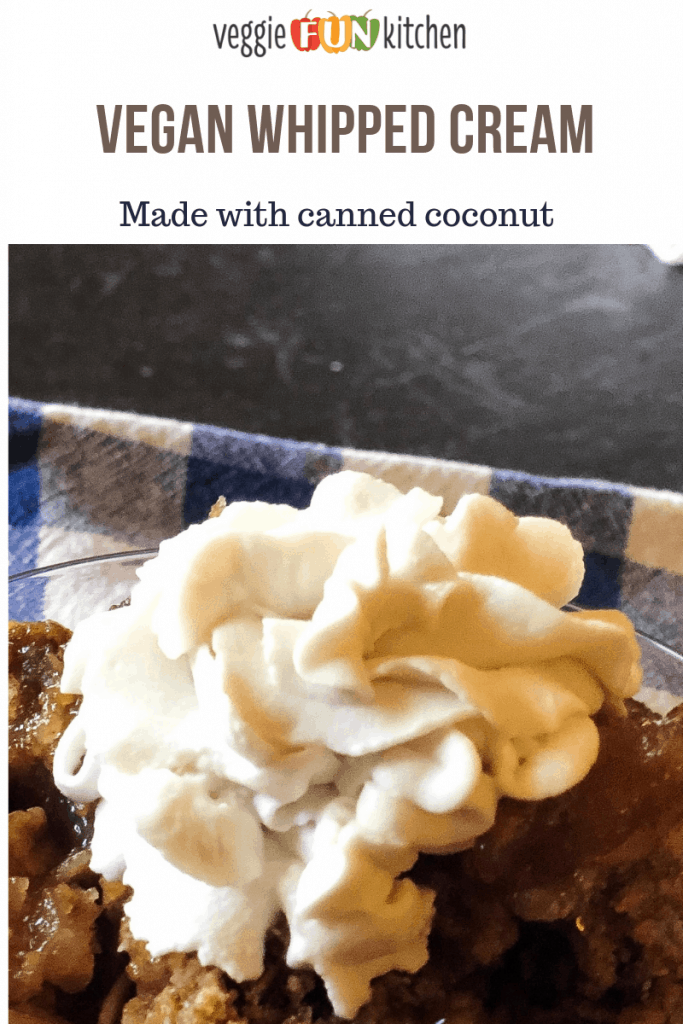